I am finding hope in these dark times. I know that many of my friends voted for Trump, and I know them to be kind and caring. Therefore, I know we can come together somehow in steadying the foundations of our America.

Hope: In the New York Times, Timothy Egan wrote an uplifting article entitled “A Great New Accidental Renaissance.” Attending a “Search for Hope” conference at a Seattle University, he thought a few people would show up to each event. Instead, the conference was sold out; he writes:

In the winter of the American soul, people thronged to hear advice on how to “live a life of significance and impact” and to “find meaning in times of change, challenge and chaos.”

And he credits Trump for the renaissance:

…because the threats to truth, civility, rational thought and brotherly love coming from the White House have prompted a huge counterreaction.

Although the tweeting Trump supporters consider others lacking in truth, civility, rational thought, and love, in reality, their love is not for all. The people, however, who are protesting are protesting for the rights of all Americans, not just themselves. That’s a huge difference. And this “winter of the American soul” created by the president and his GOP followers has created the inspiration to engage in civic discourse, to assemble together against intolerance and ignorance, and to actively and collectively emphasize the American values this administration seeks to dismiss and mock.  As Timothy Egan says:

we may be experiencing a great awakening for the humane values that are under siege by a dark-side presidency. People are going inward, to find something bigger than Trump, and outward, to limit the damage he inflicts on the country.

Be aware that the GOP are fighting in at least eighteen states against our constitutional right to assemble and our free speech. Although the GOP fight for the right to own and carry any kind of gun as their right according to the Second Amendment of the Constitution, they are perfectly willing to deny your First Amendment right to assemble, to freedom of speech, to petition the government:

Congress shall make no law respecting an establishment of religion, or prohibiting the free exercise thereof; or abridging the freedom of speech, or of the press; or the right of the people peaceably to assemble, and to petition the Government for a redress of grievances.

We will no longer take the values of “truth, civility, rational thought and brotherly love” for granted as if they were the natural progression of a civilized society, but rather we will learn and gather together with non-violent and civil strategies to uphold these values in our communities as the great America we know and love.

Gandhi said, “The science of nonviolence can alone lead one to pure democracy.”

This is our time to strengthen our democratic republic and limit the damage to its institutions and Constitution. And the key is civil action by the informed actions of concerned citizens through nonviolence.

A Commitment to Nonviolence: The Leadership of John Lewis

What nonviolence is [Gandhi].

A Time for Justice: A Teaching Tolerance middle school guide on Civil Rights

Movie: Gandhi — who freed his country, India, through nonviolence

Please add any other resources on nonviolence in the comments.

Song: Freedom Now by Tracy Chapman, about the life of Nelson Mandela who spent twenty-seven years in jail before freed to fight against Apartheid in South Africa. He and President FW de Klerk won the Nobel Peace Prize in 1993, and in1994 Mandela became South Africa’s first democratically elected President.

as communities of stars

Find your communities. Gather in nonviolent actions to retain our values, our access to knowledge, and our spirit as Americans. Always strive to invite the other side to rejoin and reconnect as the one America we have been; ending the divisiveness is a main goal.

Part of Slice of Life 2017 by The Two Writing Teachers

Click here to link to other CLmooc blogs or join the ring. 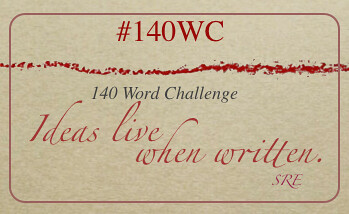