Is our freedom real or fake?

Fake or real? I don’t think that is the real issue. The real issue is whom do we consider to be our journalists, the voice of the people; they let us know. It’s their job.

Yes, we need ways to discern that what we read is valid and true. Margaret Simon shares how her students think about and validate their sources in her post, DigiLitSunday: Fake or Real?  And they discovered that the truth is not easy to assess — a person in articles may say one thing on one day and change their mind on another. But the point is, the students are verifying the information:

Margaret shared Kevin Hodgson‘s Google Slideshow, which he shares with his students to help them sort real from fake news: Fake News and How To Spot It.  Anyone can put any information online. Who sponsors the site? Who are the donors and supporters? What is their purpose? How do they get their information?  For more ideas on Fake or Real News, see this Google collaboration started by Eric Hill.

As I said, the real issue asks this question: Whom do we consider to be our journalists, the voice of the people? They let us know. It’s their job. We get news from journalists who provide the information about the world and our leaders so we can hold them accountable.

So what is journalism? I trust you’ll find resources and share them below in comments, but here’s part of a definition from Journalism Requires a Definition at mic.com, which reflects a view that follows Thomas Jefferson’s idea that journalists are our voice:

“nine-point explanation given by Bill Kovach and Tom Rosentiel:

Journalism Requires a Definition at mic.com

So, the first thing today is to search for news from organizations who follow, and whose  journalists follow, those tenets. That would be news sources such as The New York Times or the Washington Post or your local newspaper. We have forgotten that the “news” is for us– by journalists who follow and report on issues that we, the public, the citizens, need to know.

If you don’t like the news you hear, or you disagree, write a letter to the editor or your own blog post. However, this year, journalists have been denigrated by fake news sites and even by our leaders, whom we have elected. Journalists look for the truth with facts — they inform us so we can act. So we might not want to hear this from the New York Times about President Obama:

“He warned us against retreating into our bubbles, but he was never able to escape his own.” New York Times

And we might not want to hear when President-Elect Trump states a lie and is called on it:

“Can you imagine that if Donald Trump got the questions to the debate — it would’ve been the biggest story in the history of stories. And they would’ve said immediately, ‘You have to get out of the race.’ Nobody even talked about it. It’s a very terrible thing.”

That “nobody even talked about it” is a trademark Trump lie; the supposed revelation dominated the news for days.  The Nation

We don’t want to hear those things — but we need to listen.

And we need to use our own strategies for verifying all news sources — using more than one newspaper or media about the issue. We need to read world news– from other countries. We need to support valid “news” organizations.

Why? Here are a few reasons:

These reasons show how we Americans have been inundated with a political strategy that has turned us against those who would keep us free: journalism and Freedom of the Press.

We must understand these and call them out. We must support our journalists and hold them true to standards built over the course of history in our democratic republic and founded in our most sacred documents. And we must hold our leaders accountable to the truth — we must discern any lies and deception by verifying the information. If even our President is creating fake news, make it known. See “Conspirator-in-Chief” from Salon.

Fake or Real? We must build up those who have spoken up through history.

If we let our journalists be bullied, ignored, and disgraced, we all lose our freedom and our ability to hold our government accountable. We must demand that our President respect this fundamental aspect of our democratic republic. This is the first president in my history who has deliberately generated, as a strategy, division, animosity, and threats to our journalists. I may not have liked President G. W. Bush, but he was my president and he did not divide the country with rhetoric nor did he threaten the press. Our President-Elect is different; his strategy is to engage his followers and deny, defame, and divide anyone who questions him. Our historical beginnings formed from fighting tyranny, and although I want him to be great — so far, he has spread only derision and disdain for many of us, the citizens whom he represents, and the journalists who represent us. 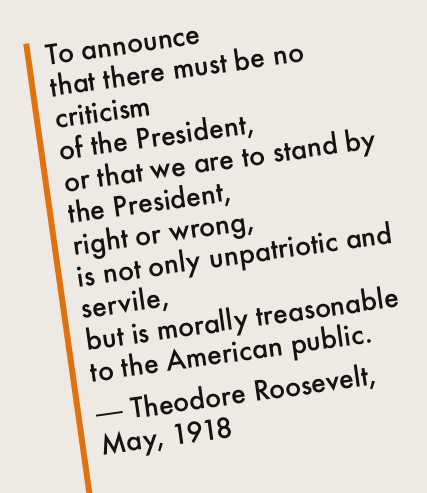 Fake or Real? It’s more than that: we need to expect our highest leaders in our local, state, and federal offices to be honorable, truthful, and supportive of those institutions and founding ideals that make us great.

Journalism
can never be silent:
that is its greatest virtue
and its greatest fault.
It must speak,
and speak immediately,
while the echoes
of wonder,
the claims of triumph
and the signs of horror
are still in the air.

Do more than determine if ‘news’ is fake or real — support the voices of the people: journalists. Make our freedom real! 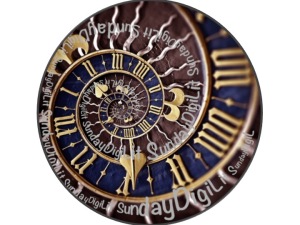